[ANZAPPL Free Lecture] Improving outcomes for violent offenders and reducing violent behaviour: Where to next?

Building on the 25-year tradition of the RG Myers lecture, the Australian and New Zealand Association of Psychiatry, Psychology and Law (Victoria) Committee is proud to invite all to the first inaugural ANZAPPL Victoria Public Lecture.

Professor Michael Daffern is a clinical psychologist by training. He started his working life as a psychologist in Parramatta Gaol in 1992 and has 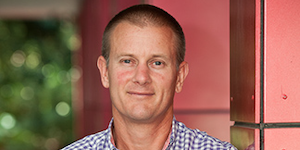 since worked in prisons and in general and forensic mental health services in Australia and the United Kingdom. Currently, he is Professor of Clinical Forensic Psychology with the Centre for Forensic Behavioural Science at Swinburne University of Technology. He is also Consultant Principal Psychologist with the Victorian Institute of Forensic Mental Health (Forensicare). He divides his work time between teaching, research and clinical practice. His research interests focus on aggression and violence, personality disorder, and offender assessment and rehabilitation.

Professor Daffern will be speaking on: “Improving outcomes for violent offenders and reducing violent behaviours: Where to next?”

Violence is amongst the most pervasive and harmful of antisocial behaviours. It causes substantial personal and social burdens, and has significant health care, legal and justice system costs. According to the 2014 Global Status Report on Violence Prevention, a joint publication of the WHO, United Nations Office on Drugs and Crime, and United Nations Development Program, there were 475000 homicides across the world in 2012. Violence is a leading cause of death among young people and results in millions of non-fatal injuries that receive emergency medical care. A large and diverse array of research is conducted under the broad terms of aggression and violence and there is a wide array of legal, clinical and social interventions whose stated objective is to prevent violence. Novel methods for preventing violence and managing violent offenders are regularly unveiled. Despite bold promise many of the strategies lack evidence are they are inconsistent with established offender rehabilitation principles. This talk will review extant knowledge concerning the treatment and management of violent offenders and explore opportunities for enhancing outcomes, focusing in particular on those people who engage in persistent and serious violent offending.

This is public lecture is free for all to attend.

Please register at www.anzappl2015lecture.eventbrite.com to RSVP for your spot and catering.

1991:   Professor John Monahan, Professor of Law and of Psychology, University of Virginia